Symptoms of Leptospirosis In Dogs

Leptospirosis is a trending topic disease worldwide. This highly contagious disease not only affects humans, but also diverse animals, and dogs are not the exception.

Leptospirosis in dogs is a severe condition that needs to be taken seriously. If caught early, this disease is treatable, so it is mandatory to get acquainted with its symptoms and ways of prevention.

Leptospirosis, often referred to as lepto, is an infectious disease caused by the Leptospira bacteria. These bacteria can be found in soils and water, all over the world. However, during the past few weeks, there has been a large outbreak of leptospirosis in New York.

Usually, leptospirosis is spread to dogs by direct contact with the urine of an infected animal, by contaminated soil, or water. The bacteria can enter dogs’ bodies through their mucous membranes (nose and mouth), and through open wounds. Especially, wild animals like rats, raccoons, opossums, wolves, and deer can spread the disease.

After the initial infection, the leptospira bacteria enter the bloodstream, multiply, and move into the tissue, infecting the dog pretty rapidly. This disease can cause severe damage to dogs’ livers and kidneys, meningitis, respiratory distress, and severe infections, it can even cause death.

8/10 days after the infection, dogs’ bodies produce an antibody response that kills most of the bacteria. However, liver and kidney damage are usually already caused.

The first symptoms of leptospirosis in dogs appear 1 or 2 weeks after exposure.

These symptoms usually last a few days or weeks, but in order to get a good prognosis, it is essential to catch the disease early. If your dog shows at least 2 of the previous symptoms, and you think he could have been in contact with an infected animal, you should take him to the vet as soon as possible.

The final diagnose will be confirmed by a vet, through a blood or urine test.

However, bear in mind that not all dogs present symptoms. Based on a 2007 study, researchers have discovered that dogs can be asymptomatic, since approximately 25% of the surveyed dogs in the study presented antibodies to leptospirosis, even though they didn’t show any symptoms.

Can dogs recover from leptospirosis?

Yes, dogs can recover from lepto if the infection is mild. If caught early, leptospirosis is treatable with antibiotics, hydration therapy, and in some severe cases, dialysis and hospitalization. However, if the infection remains untreated for long, it can be fatal.

Can humans catch leptospirosis from dogs?

Even though it is extremely rare, leptospirosis is a zoonotic disease, which means there is a possibility of catching the disease from your dog. Leptospirosis in dogs is contagious up to 6 weeks after starting the lepto treatment, so during those weeks, you should be very careful:

Take into account that, even if your dog shows no more symptoms, he can still be shedding the leptospira bacteria through his urine.

Can my dog get leptospirosis more than once?

Leptospirosis vaccine in dogs saves lives. Although the current vaccine doesn’t protect dogs against all the different variations of the Leptospira bacteria, it decreases significantly their possibility of becoming sick.

In addition, as in every other contagious disease, prevention is key. Naturally, leptospirosis is more prevalent in places with stagnant water and wildlife. You can help your dog by restricting his contact with contaminated water and soil, avoiding close contact with wild animals, and sanitizing the environment to reduce the attraction of animals like rats or raccoons. 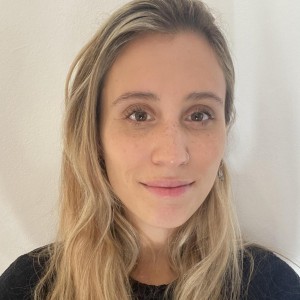 Translator, content writer, and passionate about all animals. She lives in Buenos Aires with her dog Enzo.
PrevPreviousDo Dogs Have Belly Buttons?
NextBenefits Of Vitamin D In DogsNext